The ABCs' of Managing Noise in Open Office Plans 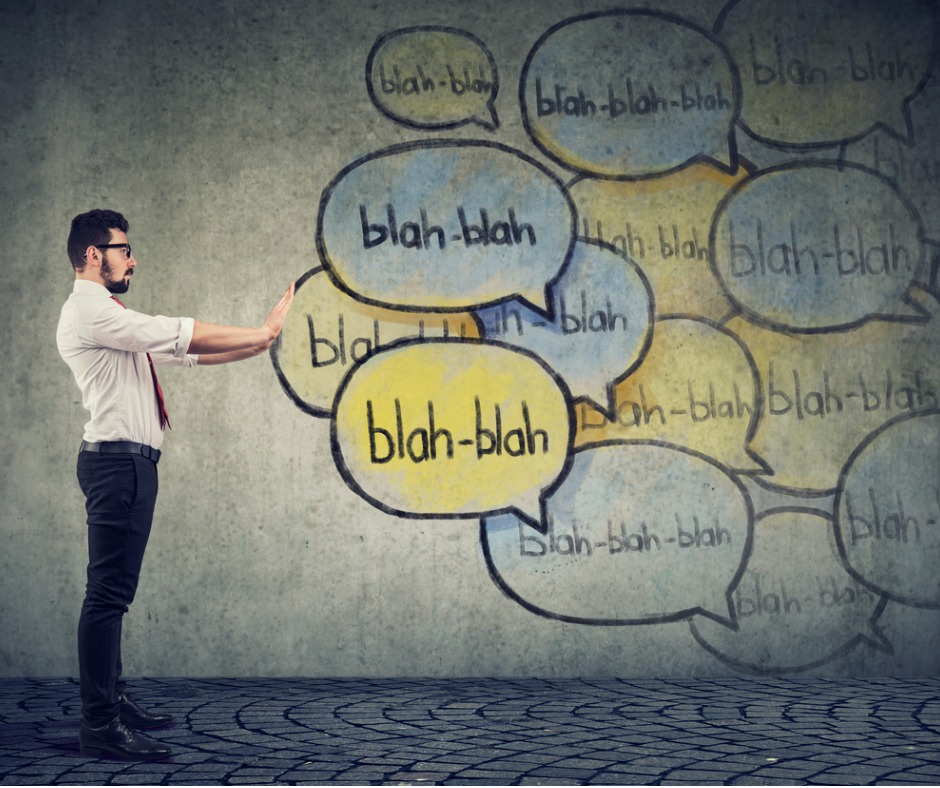 With nearly 80% of American office employees working in open plan environments, sometimes it feels like it’s impossible to block out unwanted noise in the office. Sound familiar?

WHAT’S AN EMPLOYER TO DO? 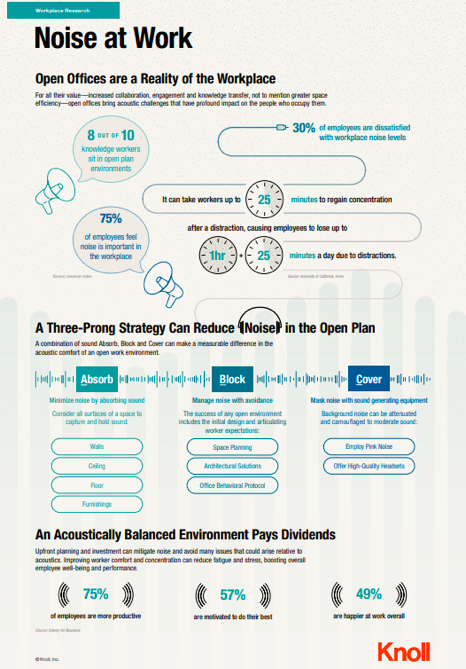 Managing Noise in the Office is Simple as ABC

A new infographic published by Knoll, Inc. illustrates the ABCs of reducing noise in an open office plan:

What Exactly is Pink Noise?

You’re probably familiar with the concept of white noise. White noise works by masking changes in sound and thus allowing our brains the benefit of a more consistent sonic environment. That can be great for sleeping because the brain isn’t interrupted by unexpected noise.

But white noise is not the only sonic hue. Sound has many colors and recent studies show the varying benefits of pink, brown, blue and gray noise – all which impact listeners in different ways.

White noise sounds like a radio tuned to an unused frequency. It’s similar to the way that white light contains all the wavelengths of the visible spectrum at equal intensity. White noise has equal power across all frequencies audible to the human ear.

White noise, which has the same intensity at even the highest tones, can often sound way too bright or too harsh to our ears. The energy in pink noise drops off by half as the frequency doubles, so every octave has equal power, which sounds more balanced and pleasing to the human ear.

Pink noise is even implemented in open office layouts where there’s a perception of the office being “too quiet” because workers feel more satisfied – and therefore more productive – when there’s the presence of some level of comforting sound.

Want to bring a sound design into your open office plan? Contact Miller’s office design experts to help you adapt the ABCs of noise management for your specific office needs.

Written by Miller's Supplies At Work

Headquartered in the Mid-Atlantic region, Miller’s supplies the office products and workplace solutions you need to run a productive, well-equipped work environment. From humble beginnings in 1971 to nationwide coverage offered today, we support you with convenient procurement tools, flexible solutions and personalized attention that ensures you’ll feel like our only customer.